Directions: When in Downtown Hilo turn towards the mauka side of Wailoa River State Park into the entrance off Kamehameha Ave.

Hawaii's famous King. Those three words ring super powerfully to all those who understand the magnitude of what this person has done to unite our sacred islands. The statue of King Kamehameha in the town of Kapa'au can be seen on your right as you travel along the highway between mile markers 23 and 24 in the town of Kohala. There is no doubt that this statue has experienced a remarkable adventure. Within an expansive state park near downtown Hilo, the statue of King Kamehameha stands proudly. There are four statues dedicated to the legendary King Kamehameha the First, including this one. Besides Kohala, the three other monument that are located on the big island of Hawaii the Pacific are located in Honolulu's downtown area, Oahu's island, as well as in the U.S. capital. Currently, Hilo is the seat of government of the Country Hawai'i, which includes the entire island. As a result of the unification of the Hawaiian Island by King Kamehameha, Hilo became the first official capital of his reign.

In addition, this is the location in which he constructed his fleet of war canoes, known as the wa'a peleleu. It is fitting for this statue to reside in Hilo, because it was a favorite place of the King. Kamehameha I was Hawaii's most beloved hero and is also known as Kamehameha the Great. A man by the name of Kamehameha I is credited with being the person responsible for conquering Hawaii's islands, bringing them together, and establishing the Hawaiian Kingdom 1810. The government of this country, though influenced heavily by the West, managed to preserve its peace and traditions during times times of heavy foreign influence. Hawaii's independence was preserved as a result of his alliances with the Pacific colonies. Along with the Splintered Paddle Law and the law of King Kamehameha that protected civilians during battles is also remembered today.

The statue was sculpted in 1963 by Fracaro Foundry, which is located in Vicenza, Italy, and, although the giant statue does stand 14 feet high, despite this, it was not dedicated until 2001, even though it was erected on the site in June 1997. On behalf of Princeville Corporation, a resort on Kauai, commissioned a statue to commemorate its 50th anniversary. It is crafted from solid red bronze. His facial  features resemble those of Marlboro Man more than those of a Polynesian king. The King is wearing a gold-leaf-covered cloak and helmet. According to an illustration on a sign, King Kamehameha I faces Hilo Bay, a place where war canoes were maneuvered during the war. Kamehameha the Great stands on land that was twice devastated by killer tsunamis during the 20th century. The park looks beautiful now, visitors stop by to snap pictures. The sandal-clad feet of Kamehameha were typically adorned with an offering of fruit. 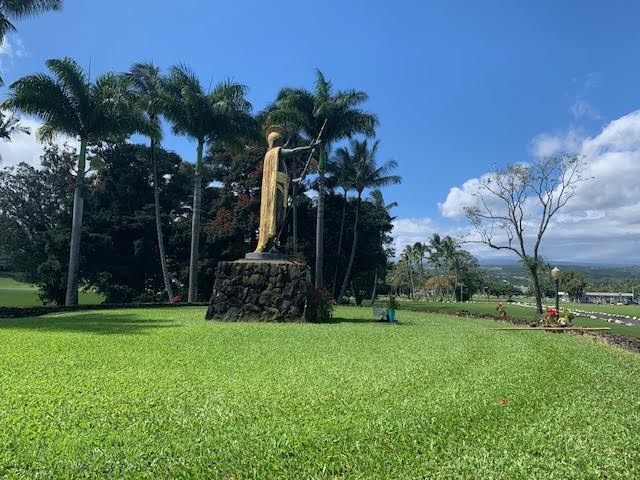 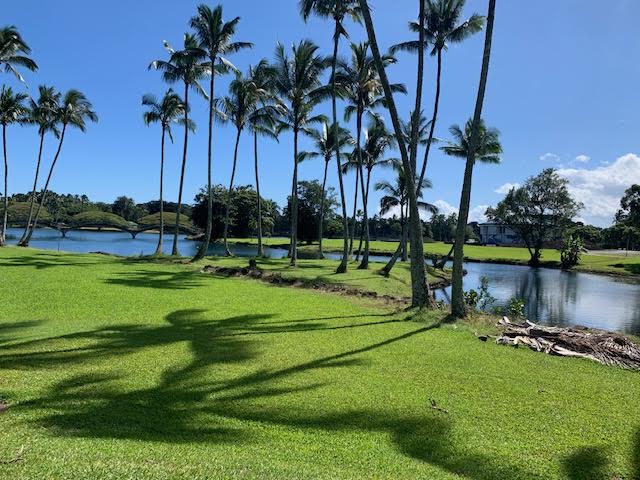 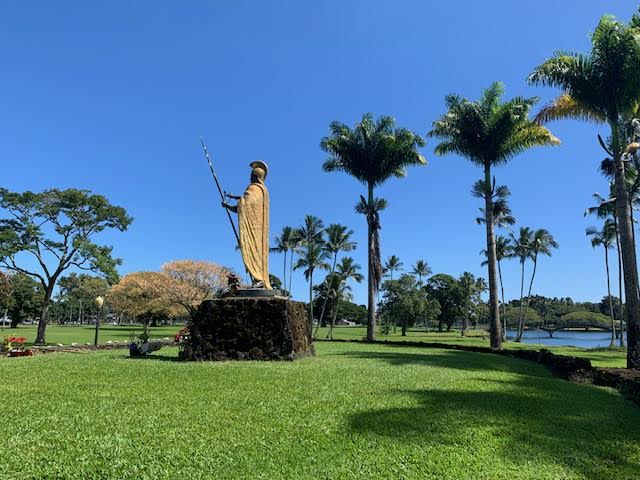 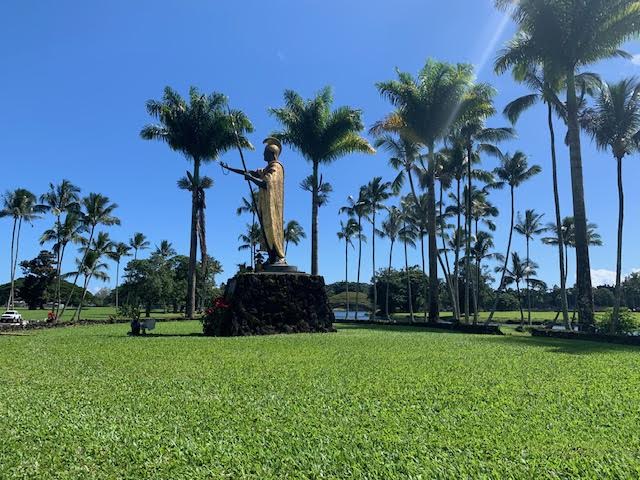 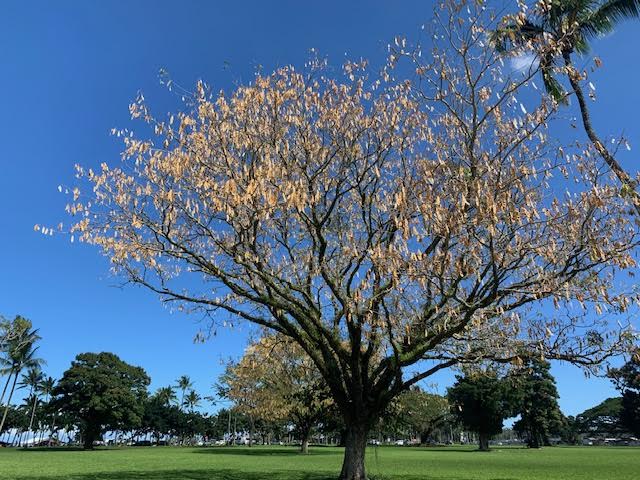 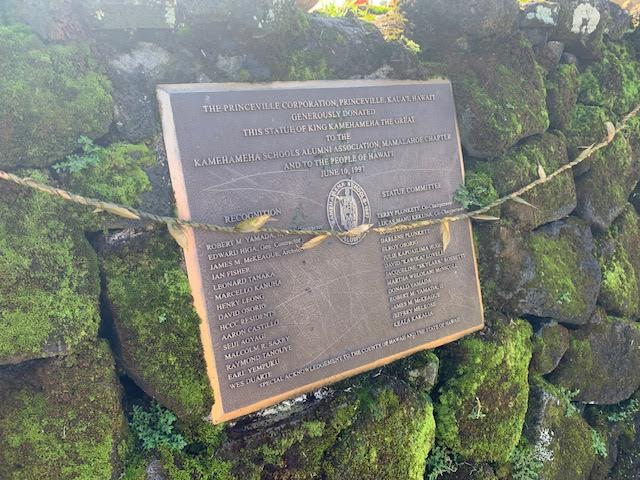 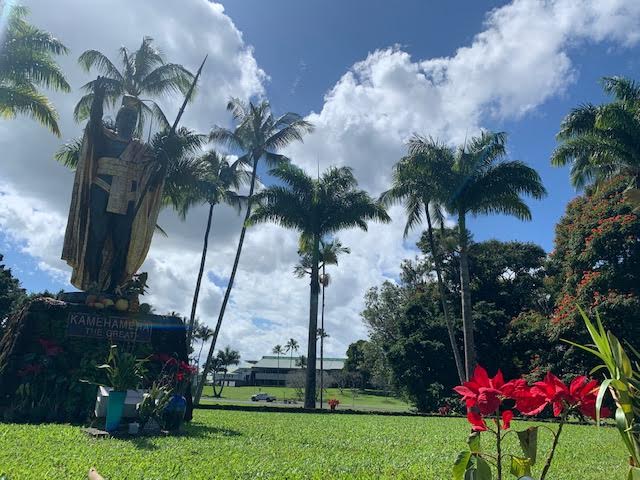 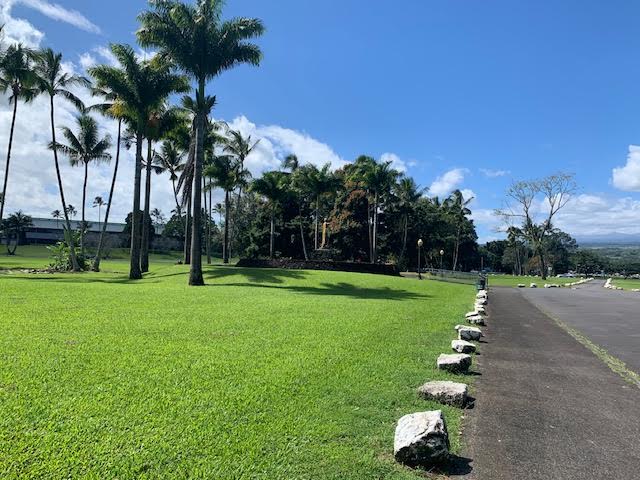 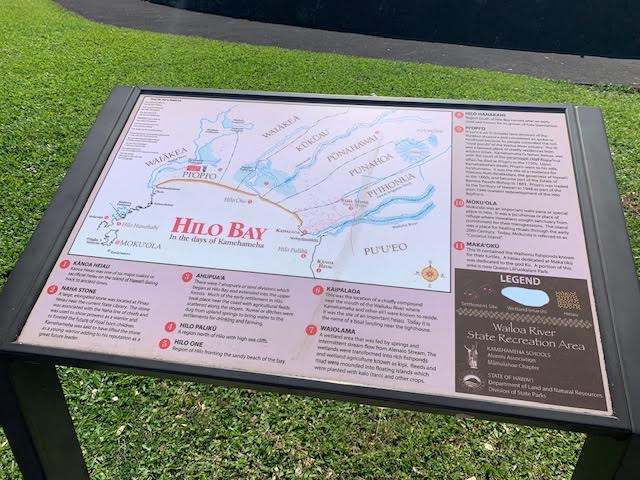 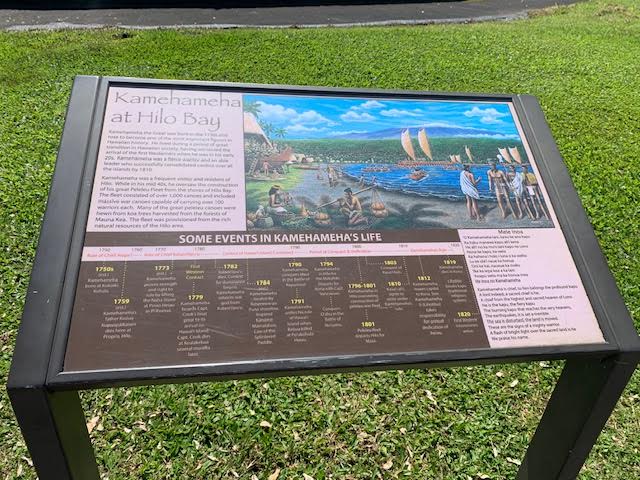 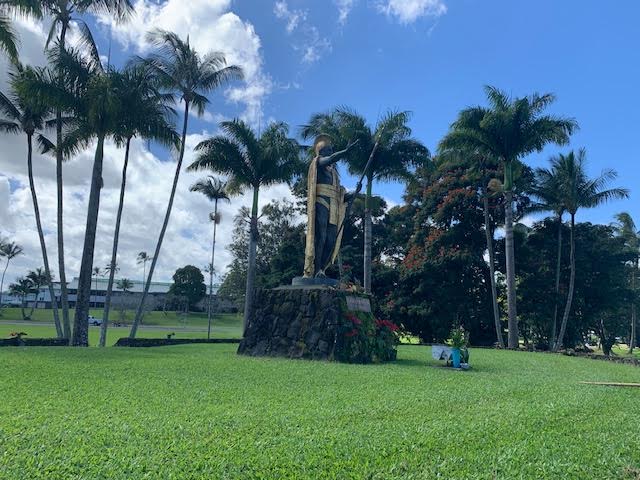 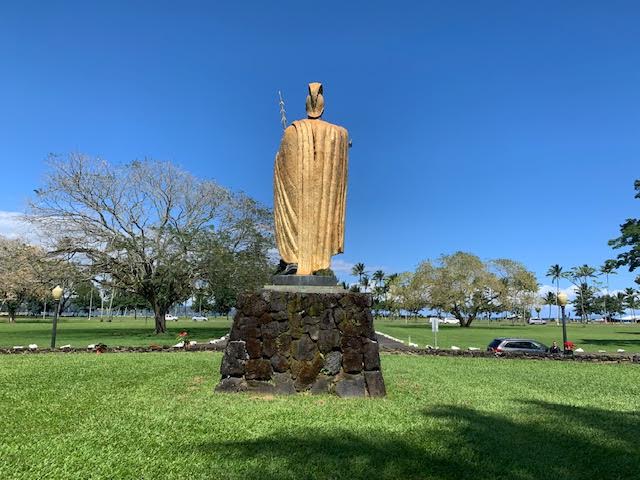 The Seaside Restaurant and Aqua Farm