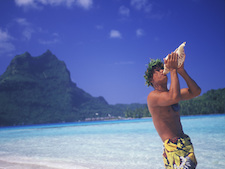 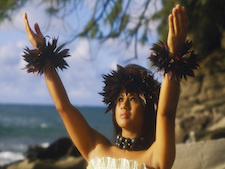 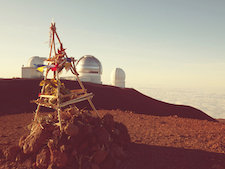 The Big Island of Hawaii is home to a wide variety of cultures and traditions. The island's native Hawaiian population has its own unique culture rich in history and tradition. In addition, the island is also home to a large number of immigrant groups from all over the world, who have brought their own cultures and traditions with them. As a result, the Big Island is  a truly culturally diverse place. The Hawaiian culture is one of the most unique in the world. Is is steeped in tradition and has a strong connection to the land. Native Hawaiians believe that they are descendants of the gods, which is reflected in their religion, language, and way of life. Hawaiian culture is also very family oriented, and community is of utmost importance.

The Big Island is also home to a number of other cultures, including Japanese, Chinese, Filipino, and Korean. These immigrant groups have all brought their own traditions and customs with them, and they have all helped shape the island's cultural ways. The Big Island is truly a place of harmony with everyone getting along, a real Aloha State. There are a number of different activities and attractions on the Big Island that offer visitors a chance to experience the island's cultures. These include the Hawaii Volcanoes National Park, which is home to a number of different volcanoes, as well as the Hawaii Tropical Botanical Garden, which is full of exotic plants from all over the world. In addition, there are a number of museums on the island that offer visitors a chance to learn about the history and culture of Hawaii. Several festivals and events take place on the island throughout the year, which offer visitors a chance to experience the culture of Hawaii firsthand.

Respectively, the Big Island of Hawaii is also home to many different beaches, which offers visitors and residents a chance to relax and enjoy the natural beauty of the island. Going to the beach with family is more than just a day out of the house it is a Hawaiian staple and pastime. The Island is a place where all kinds of amazing places have people heading to them each weekend to completely unplug. Beach 69, Two Steps, Kukio Beach, Spencer Beach Park, and Hapuna Beach are just a few of them. The best time to visit the island is during the summer months when the weather is warm and sunny. Others would disagree as they live in the cold up north winters and love coming here during those months. That is also when the real estate market is typically the busiest. Luxury homes and condos are getting shown a lot more often during that time. The island is stunning year round and there is always something to do. The Resorts especially Four Seasons at Hualalai has several cultural activities to do in which they have hired very knowledgeable people to teach those yearning to learn more.

Valley of the Kings - Waipio Valley