An elegant stretch of fine black lava mixed with the beautiful golden brown sand of Kohala Coast. Hualalai Beach is the most pristine luxury beach in the perfect Hawaii resort setting. Kumukea Beach is located on the right hand side of the resort just past Ulu Ocean Grilll if you take a nice Hawaiian stroll along the beach shores. This private beach is located only a few steps away from Sea Shell Pool, a short walk from Ocean Pool. Kalaoa's Kumukea Beach has a safe sandy shoreline. It passes through Kailua Kona, Hawaii, and is 1.8 kilometers long. This route is usually considered an easy one, taking about 24 minutes on average. It is an excellent trail for bird watching, hiking, or just strolling. Imagine being on a tropical island whose surroundings impart an atmosphere rich in natural beauty with a touch of sophisticated relaxation. Against the backdrop of the mighty Pacific Ocean, you can expect to see the event set in a lava rock landscape, swaying palm trees, as well as experiencing the most beautiful sunsets in the world. You can access all of Hawaii's beaches as they are public beaches; none are private. Though the Kuki'o community is part of Hualalai Resort, it is possible for members of the public to access the beach through the security guard's hut.

Kumukea Beach is a great place to sunbathe. In July, August, September, & October, you'll probably have the best chance of enjoying Kumukea Beach while it's warm and sunny in Kalaoa, as the weather will be nice and there should be fewer crowds (but this isn't guaranteed). There is also a sidewalk, frequented by the walkers as well as residents driving too fast in golf carts, which also extends about a mile past the trail. There are magnificent ocean views along with ancient ruins, and there are also numerous anchialine water ponds that can be found in the area. Lava enclosures in brackish water, which rises and falls according to the tides, have been measured to the biggest systems observed so far, containing a large number of fish. Among these ponds is one that, being located on the resort's property, offers snorkelers the opportunity to enter. Hualalai real estate is not for everyone as the prices are ultra high end. However, for those who can afford it this is by far one of the finest real estate locations in the country to invest.

In addition to the white sand of Kukio Beach, you will come across palm trees, ironwood, and mesquite trees, as well as a few brackish water lagoons which run alongside the shoreline. The beach's tideline is carved out by lava rocks, creating tidal pools that are perfect for young children to explore and observe the marine life. Due to the rocks in the bay, it is recommended that you wear water shoes if you are going to wade into it. Unlike Kukio Bay, the main harbor isn't the best spot to swim or snorkel since the water is (almost) always murky due to the presence of lava rock, but Kukio Bay offers calm waters early in the day, making it a great place to go SUPing, kayaking, or canoeing before the sun rises. Winter months are the best time to surf there, since swells are plentiful, however, the rocky shoreline deters a lot of ocean lovers from taking up this sport. The area is known for its green sea turtles known as honu which rest along the shoreline, in addition to spinner dolphins that are found near the shoreline. 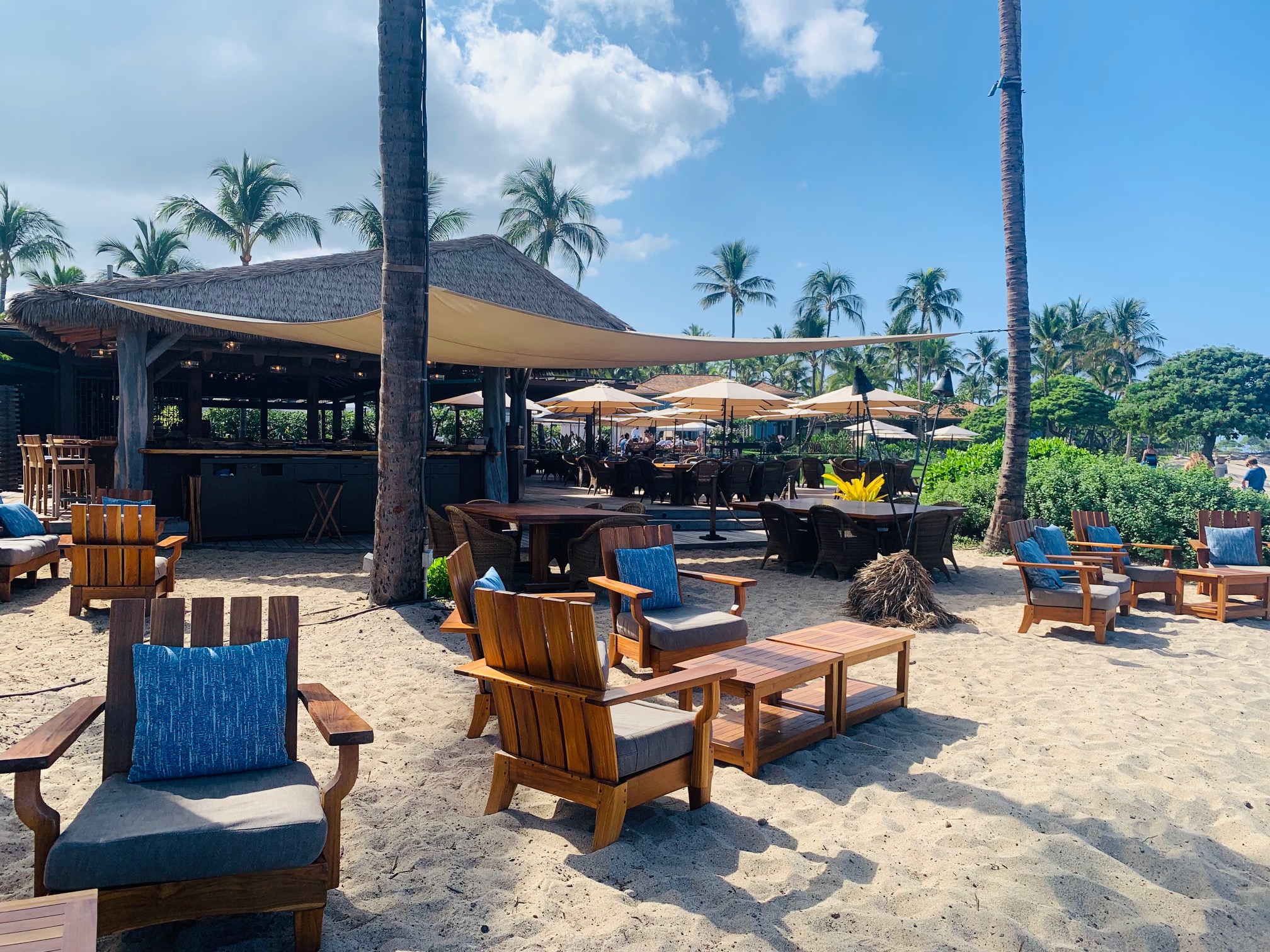 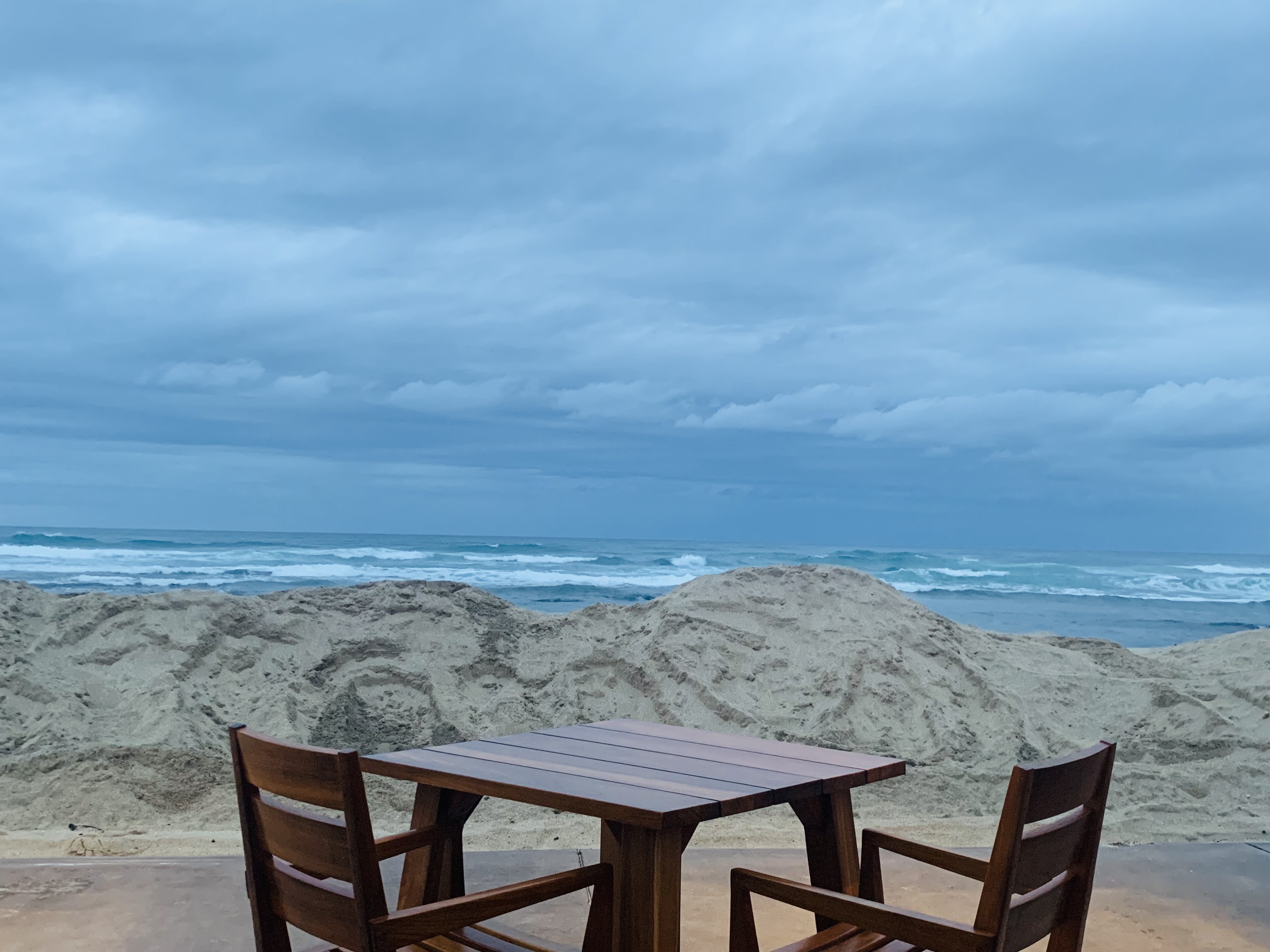 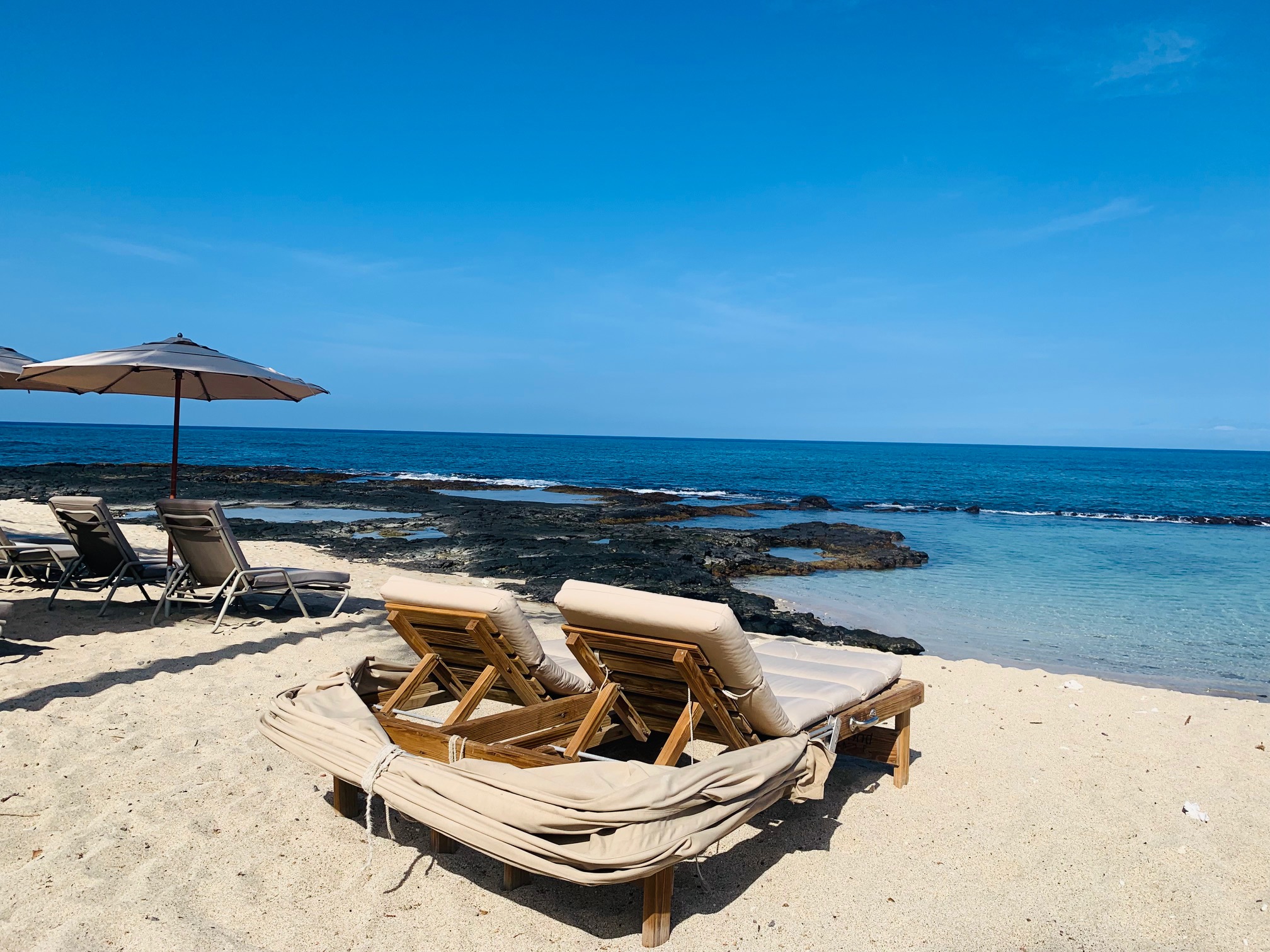