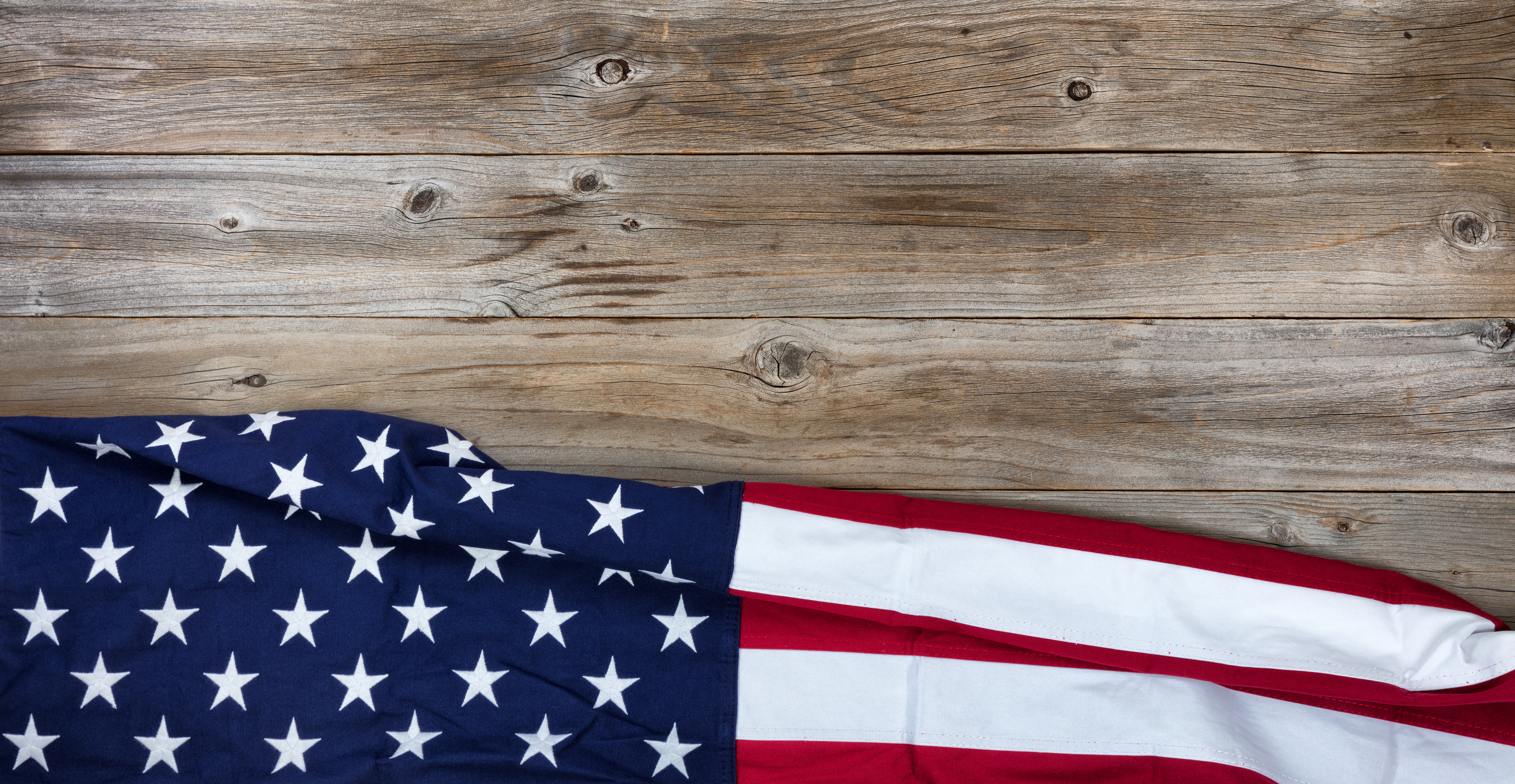 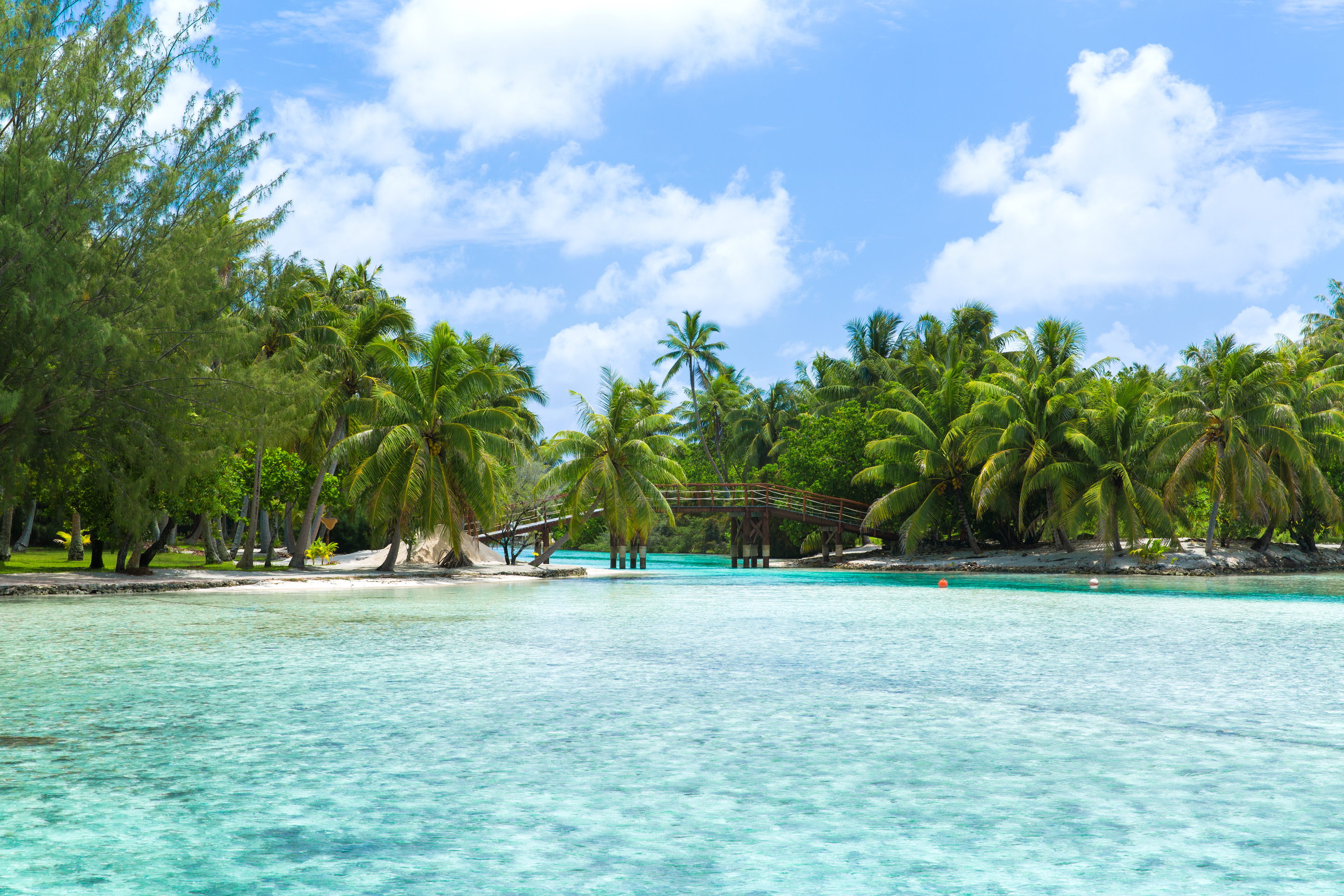 Kukio, Hualalai, Mauna Kea, and Mauna Lani - 4 of the Finest and Best Choices

When it comes to finding places the world over that offer exclusive activities such as snorkeling in lagoons, swimming under tropical waterfalls, and opening up a fresh coconut with your hands using a rock, the Big Island of Hawaii has it all. As tranquil as that all sounds, there is even more to this fantasy tale life. For example, where else in the world can you go surfing in the morning and snowboarding in the afternoon? Only on the Big Island and maybe a handful of other special unique places if even. The island chain of Hawaii was first settled 400 C.E. when Polynesians first discovered then and way before Captain James Cook. In 1778 his time came as well for what has gone down in the history books as one of the greatest discoveries ever made.  To this day the monument of Captain James Cook is still standing strong down in South Kona at Kealakekua Bay.

The shores along the vivid ocean hues of Kukio Bay, Hualalai, and Kua Bay are some of the most enticing pieces of beach in the entire country. Visitors swarm Kailua Kona and the Big Island for a short glimpse into a world that remains unspoiled and untouched for the most part. Development is inevitable as the human population numbers continue to increase. However, on the Big Island of Hawaii one thing that remains the same, is that the thirst for rapid development is controlled to the best of it's ability by not overbuilding too fast and without little thought. Many years go into ensuring that high quality real estate is offered with beautiful finishes and for the infrastructure surrounding it, the same can be said. Once in a while there comes along a feeling of knowing that you live in the best place in the world. On the Big Island that feeling is happening more often than not.

The wealthiest business men and women this country has seen, will typically have a second or third home in a different state or country. Hawaii is considered a haven by some of these individuals because it offers quick airport access and the security of knowing you are still on US owned land. Kukio real estate is an example of one of if not the best island luxury getaways on the planet. The current population of the Big Island is still well below most other highly populated second home locations. For example, Florida as beautiful as it may be, can become very busy with traffic and visitors in the winter months. The Big Island still feels very exclusive and remote at any time of the year. The rich and famous are looking more now than ever for a place to be left alone and in privacy. The only question is which of them will choose to be here or not. We prefer to lean on the side of why not? 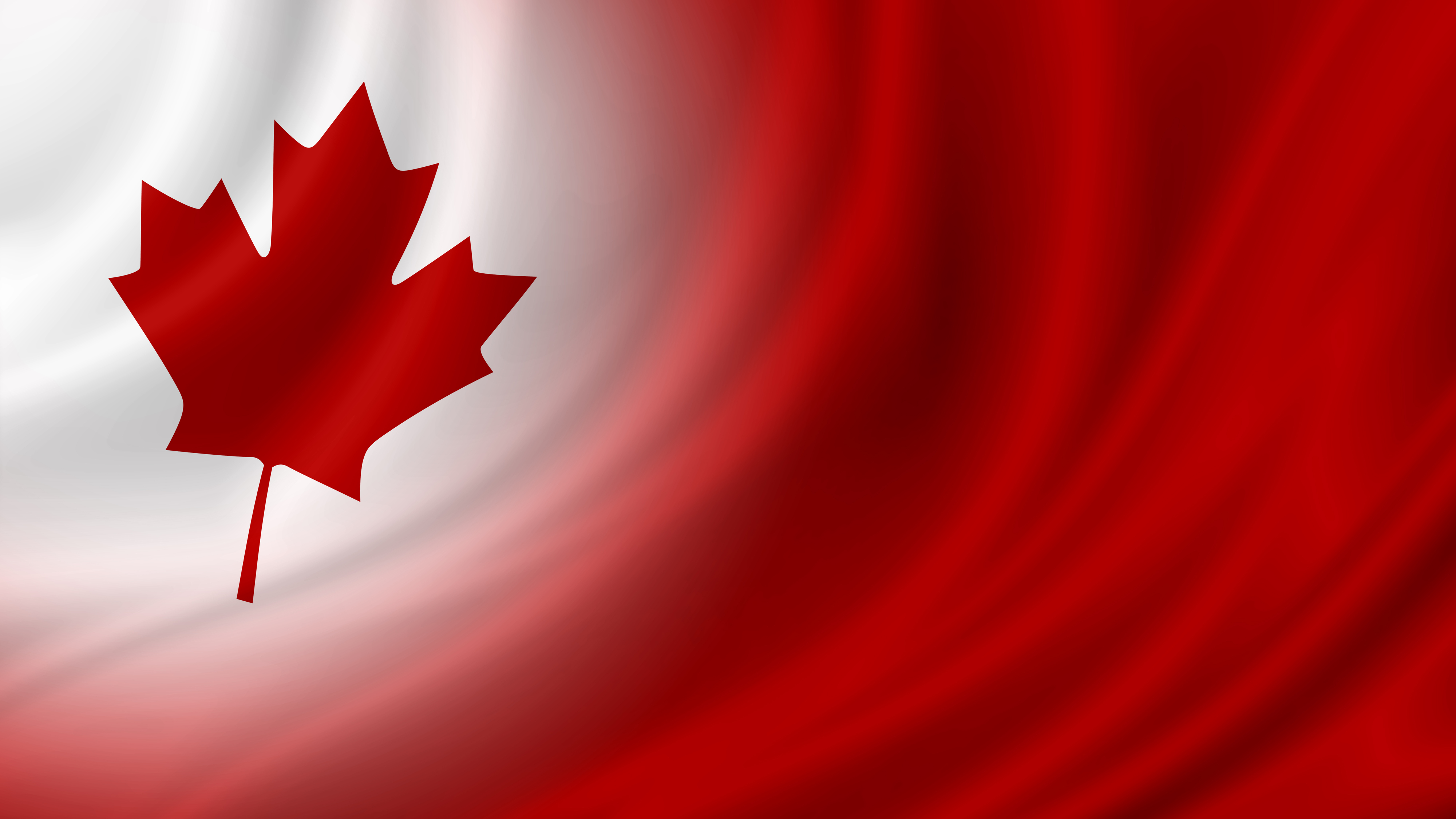 In a world that needs unity more then ever we take the time to thank all of the wonderful Canadians who continue to call the Big Island home and all those who visit as well. This year the economy was off to an outstanding start and continued market rise until the world pandemic hit. The one great place to still call home and feel safe is the Big Island. The state of Hawaii has seen it's economy obviously affected by all of this but it too will pass and the world will continue to move along. For luxury buyers who have always wanted to purchase a resort home on the Kohala Coast in Hualalai, Kukio, Mauna Lani, or Mauna Kea - this might just be the time to do it.

New listings continue to come on the market and sellers are starting to realize that if their home is not simply amazing, they may need to be a bit more patient during this cycle. The good news is that even though unemployment is at higher than usual levels, there have been some positive signs to a potential turnaround in the distance. One of the best real estate offerings in the world still remains the Big Island Gold Coast, Kailua Kona to Kohala. Along the immaculate shores of white sand beaches, are some of the most exotic oceanfront estates and highly prized trophy properties available anywhere in the world.

Hawaii's Big Island is a very special place. Some will never be able to come here to see what it truly is. Those who have already discovered it know that it keeps them coming back year after year. Canadians, especially those from British Columbia and Alberta seem to already have come to grips with knowing that the island of Hawaii is a gem not to be taken for granted. With direct flights coming in daily to Kona Airport it is not wonder that travel is appealing to those coming from abroad. Worldwide beach homes scattered along remote shores are becoming somewhat of a very sought after product by those who only expect the best of everything. Hawaii's luxurious tropical coast offers all of that and more.

Kohala by the Sea's Magnificent Allure 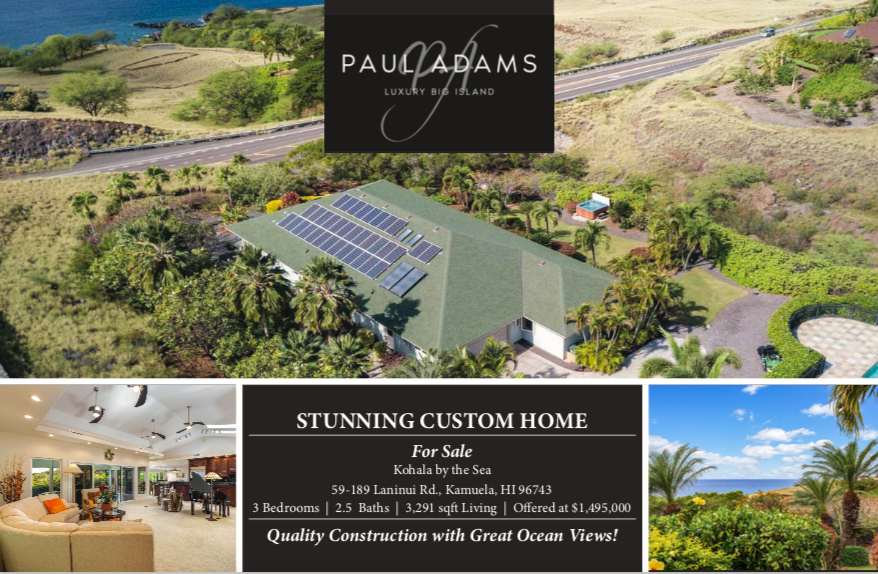 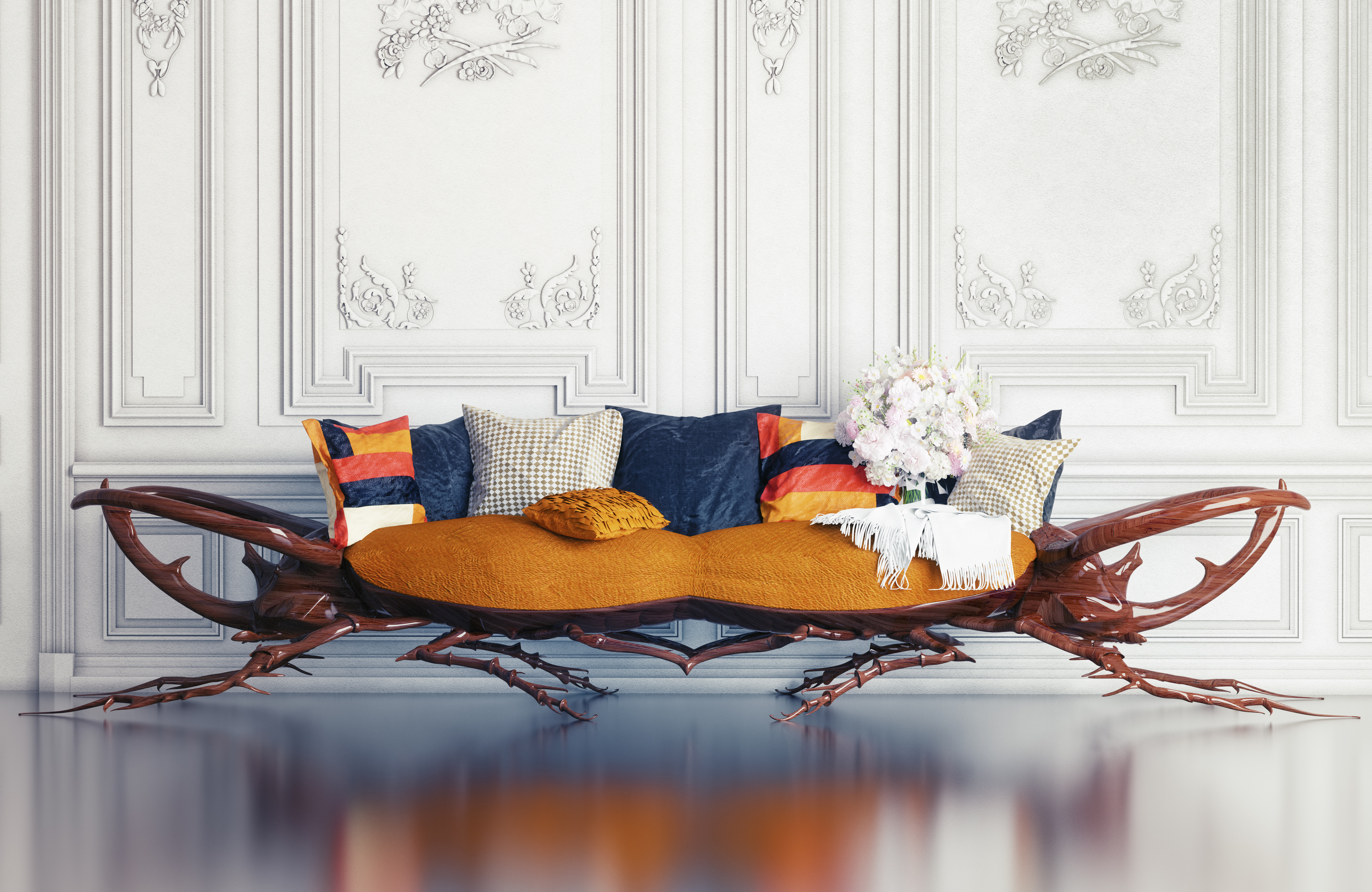 When it comes to working with the best, most affluent clients can appreciate what it means to select a top level interior designer that will have your best interests in mind. Below, we share with you 3 well-known Kohala Coast designers for your consideration: 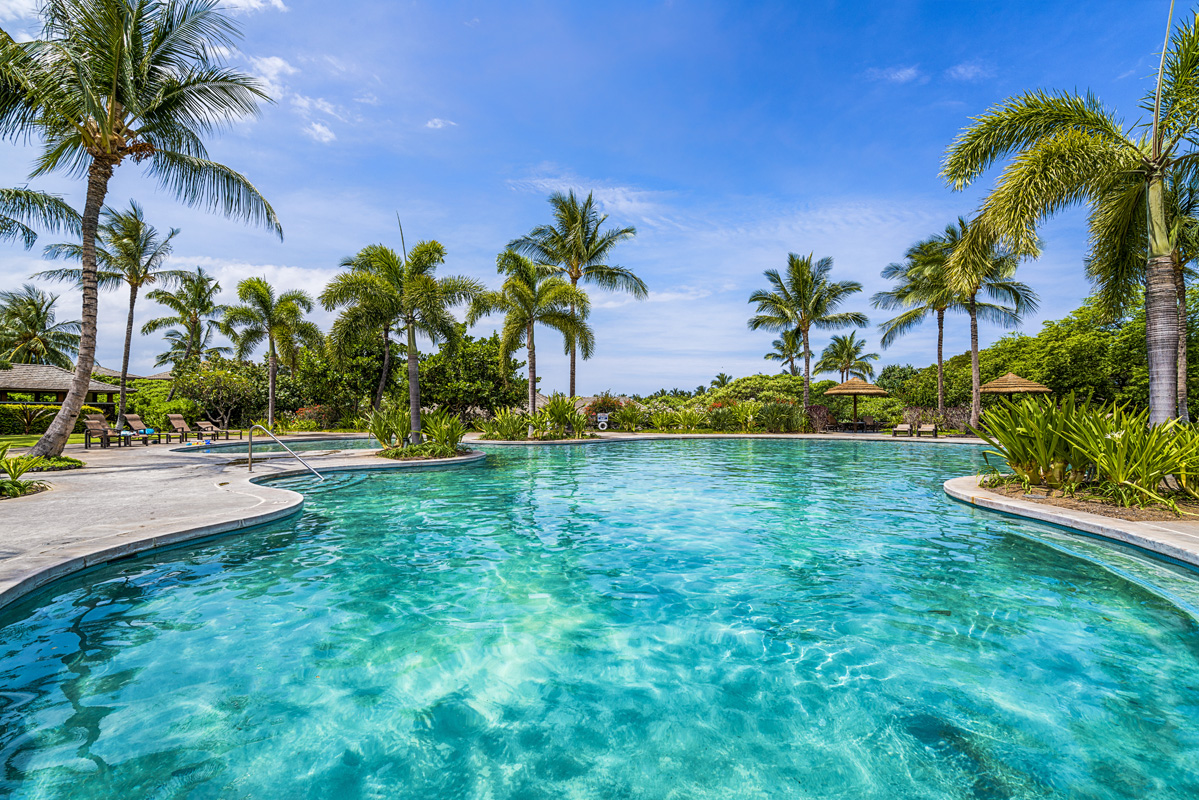 One of our best priced listings on the entire Kohala Coast is located within the gated community of Kulalani in the beautiful award wining resort of Mauna Lani. This 3 bedroom luxury condo has been tastefully updated with some of the finest touches available anywhere in the world. An amazing Hawaiian artist was also brought in to add superb touches to this property. Other artwork is also abundant throughout the property and the best feature of all is the stunning open concept kitchen.

The unit offers two story living for those looking to escape upstairs to their own private master bedroom suite. One other exciting feature is the attached 1 car garage that comes with the simplified convenience of being able to walk your groceries directly into the kitchen and pantry close-by. This particular unit that we are offering comes fully furnished and is currently listed for $825,000 U.S. By far one of the best offerings in the entire Mauna Lani Resort and best of all it is close to the community pool and world class fitness center.

Kulalani considered a paradise you can call your own. Located on the Northwestern's Kohala Coast. Lush tropical foliage, meandering lighting in the evenings, and world famous beaches all add up to bring it's patrons the absolute best anyone would expect when it comes to pure ultra luxury living. The resort of Mauna Lani has always been a place where a deep rooted respect lies towards it's historical Hawaiian culture.

Every single finish that a contractor has used was well thought out to ensure that quality is kept to the highest level. Kulalani sprawls over 25 pristine acres of some of the most desirable real estate in the world. It is home along the Francis H. l'i Brown Golf Course. One of the best in the entire state and the world. One way of defining this top level community is to understand that it truly is unparalleled.

All Newest and Active Listings at Kulalani - June 2020 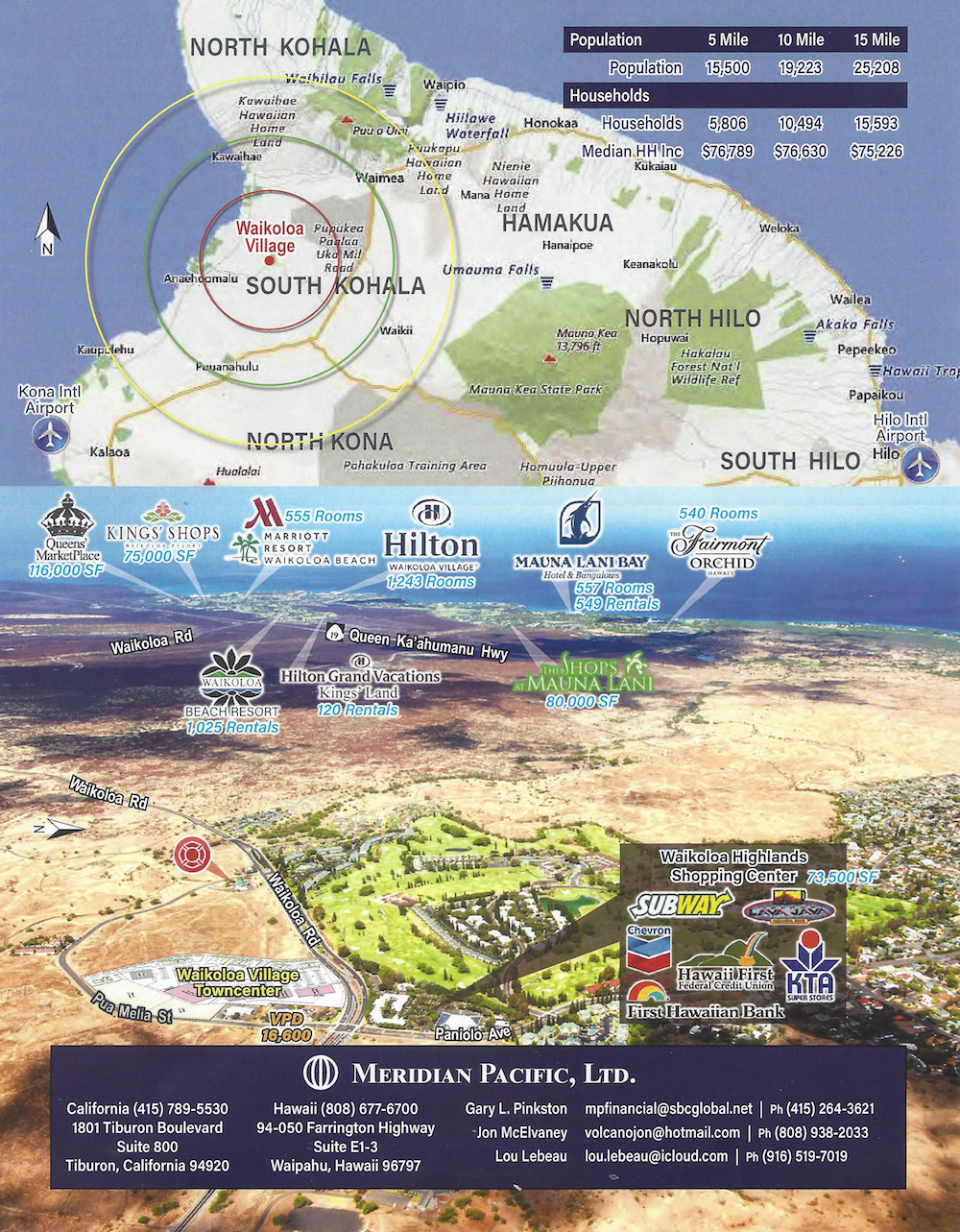 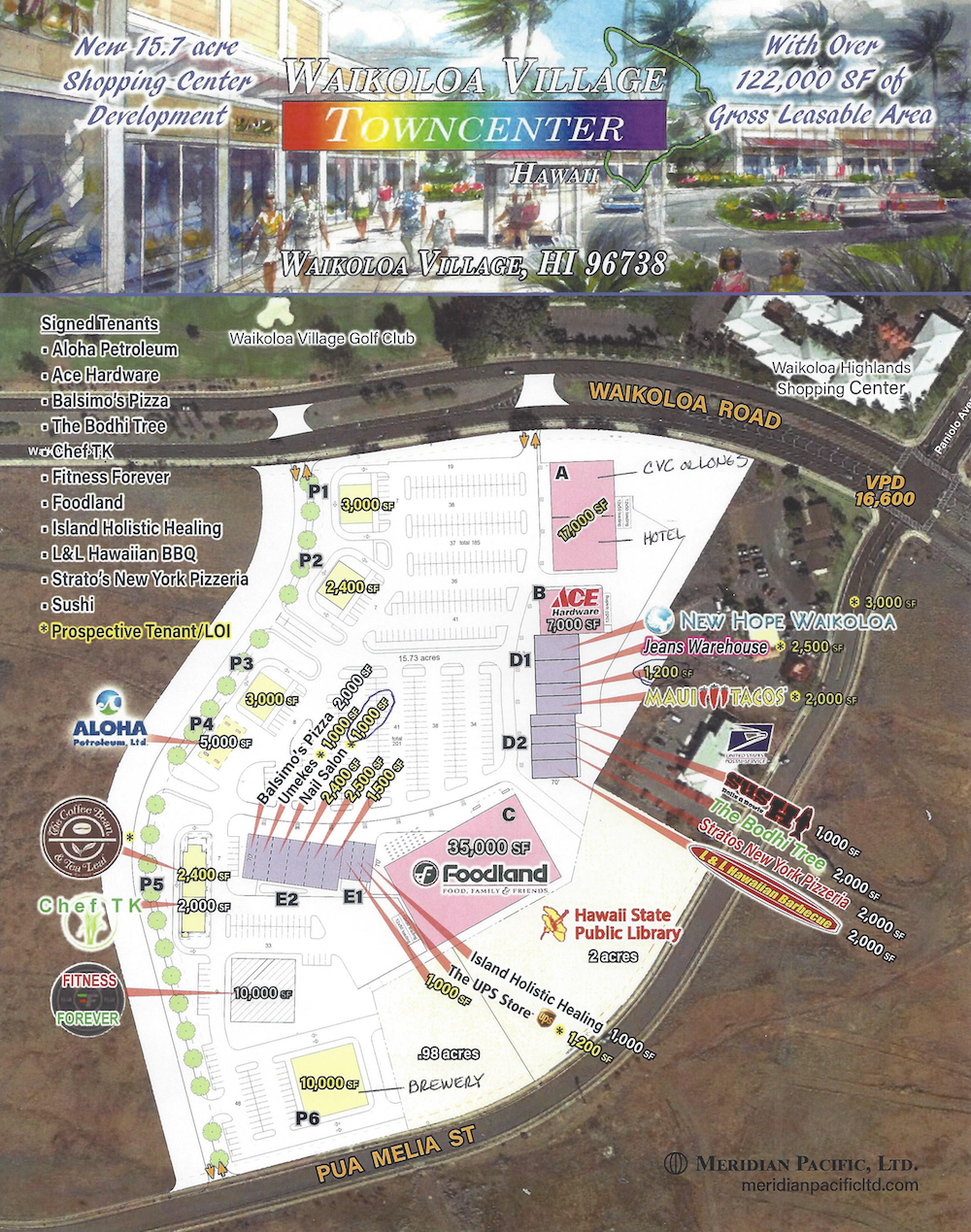 Posted in Best of Big Island Hawaii, Tennis Real Estate, Things To Do, Waikoloa Village
no comments yet

Below is a Hualalai Resort single family home market update for SOLD mls listings directly obtained from the Hawaii Information Service MLS provider for the Big Island of Hawaii. This report may not be a full market indication and true picture as some sales that occur are not entered into the system. Hualalai Resort on the Kohala Coast of the Big Island is one of the most beautiful and desirable places in the world. 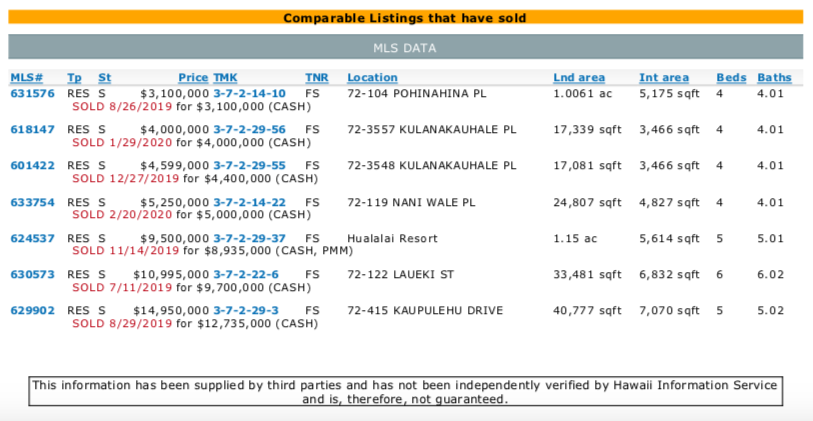 For those who are fairly technical and analytical, we present another angle of these statistics below. These are directly provided by our market reports search feature on our custom website. 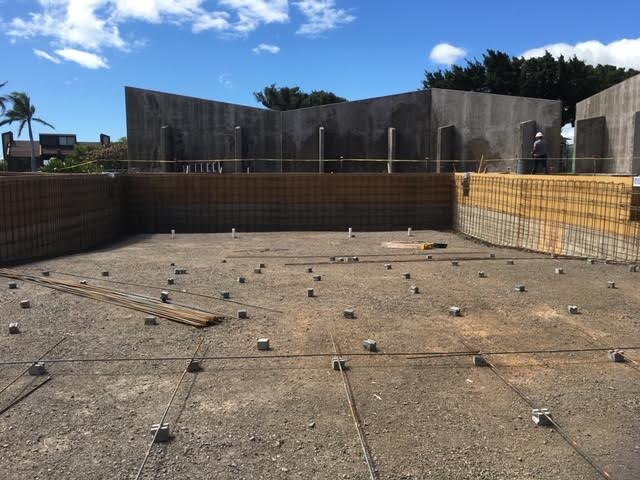 Construction Ahead of Schedule

According to some connections that we have with one of the contractors working on the new Waikoloa Village association's community pool, the rebar is all set as of this week and the pool construction is actually ahead of schedule. The initial date of completion is supposed to be in September according to the latest update from the homeowner's association. This addition to an already wonderful community is only going to add value in our opinion for those who own real estate here. The tennis courts are still in good shape and located just below the pool. The village also offers a wonderful restaurant adjacent to the community pool. All of the upgrades are going to be state of the art with expected wi-fi stations to make the ease of living even that much better.

Only With Us Will You Find Your Next Exotic Enclave 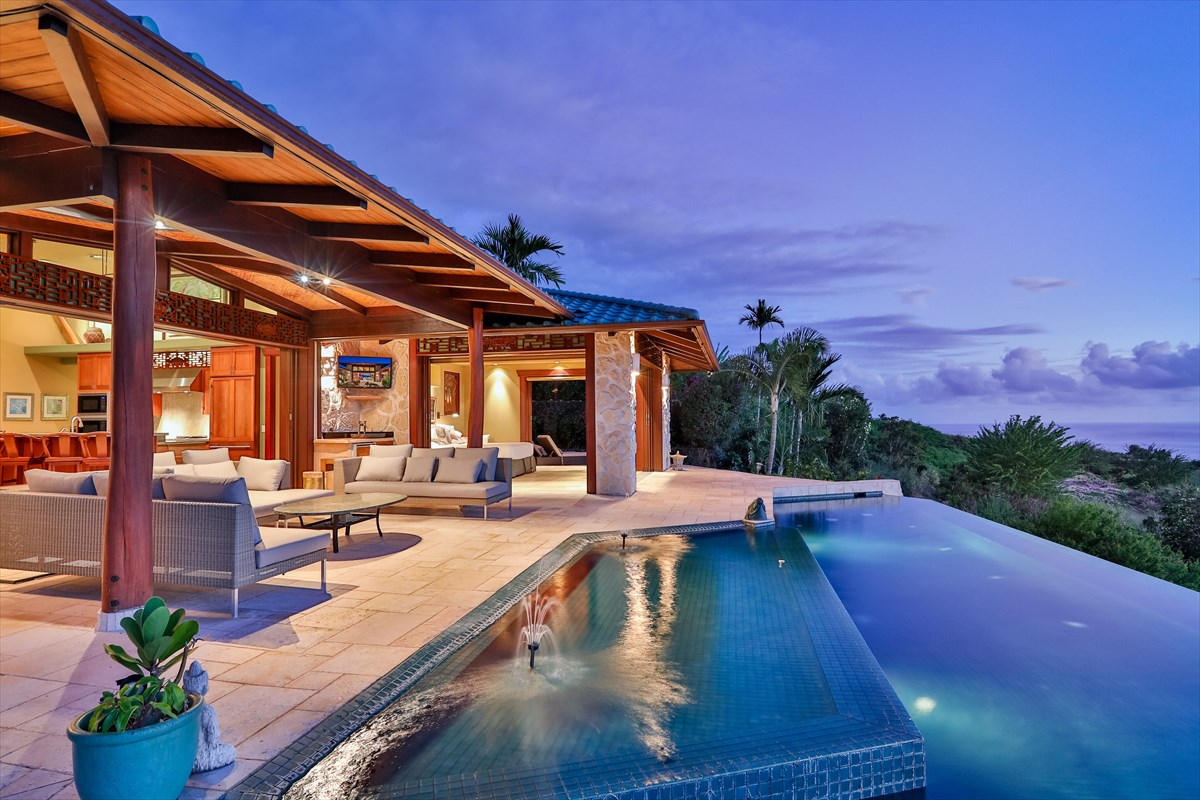 When you walk through the front gate of Luala’e, you will find an unparalleled home like none other on the island of Hawaii. Located within the exclusive Keauhou Estates community, which provides 24 hour guarded security, this residence seamlessly blends indoor and outdoor living with flawless tropical Asian architecture.A unique design, this home feels like its own private compound with three en suite bedrooms and a stately living area which all surround an inner courtyard with a meandering walkway and a central pond. Superb craftsmanship is evident throughout this remarkable home. Some noteworthy features include the custom carved mahogany doors, vaulted ceilings with lahala coverings in every room, full sized granite slabs in all showers and bathrooms, and large pocket doors that open to garden views and endless ocean views overlooking Keauhou Bay and beyond.The kitchen is well appointed with top of the line appliances, koa cabinets, and matching and custom koa bar stools that fit perfectly along a granite countertop. Taking open-concept to the next level, the lofty great room opens up to the lanai which is complete with a wet bar and plenty of room to lounge in sun or shade. Water cascades down the dramatic infinity edge of the thoughtfully designed salt water pool. Enjoy sunsets all year round.From the imported japanese glazed tile roof to the coral stone exterior, striking details and memorable features continue to be found in this extraordinary sanctuary. Custom carvings in the bathroom cabinets, large soaking tubs that open to private gardens, outstanding stone work, and your own personal putting green off of the master bedroom. With an acceptable offer, this well appointed home may be offered fully furnished, including a vintage european coupe and a low mile SUV. Luala’e means peaceful and friendly, come see what it means to you!